Treating myself to a day along the Freedom Trail in Boston. It was supposed to be a cloudy day, but as soon as I reached the state house (#2 on the Trail), the sun came out! A bit later at the Granary Burying Ground, it’s actually warm enough that I wish the trees were more leafy to provide some shade.

The Granary has been accepting corpses since 1660, and boasts the remains of many famous people of the Revolutionary-War era: among them are Samuel Adams, Crispus Attucks, Paul Revere, and John Hancock, whose monument looks like a… well, sometimes a monument is just a monument.

It’s school-tour day and the Granary is alive with crowds of students, all being educated by docents in period costume. It’s a very festive day, and I absorb the history of the Granary as I eavesdrop on the docents. I also help a couple of nice women from North Dakota with the pronunciation of “Fanuel.”

No famous people are immortalized in this shot. 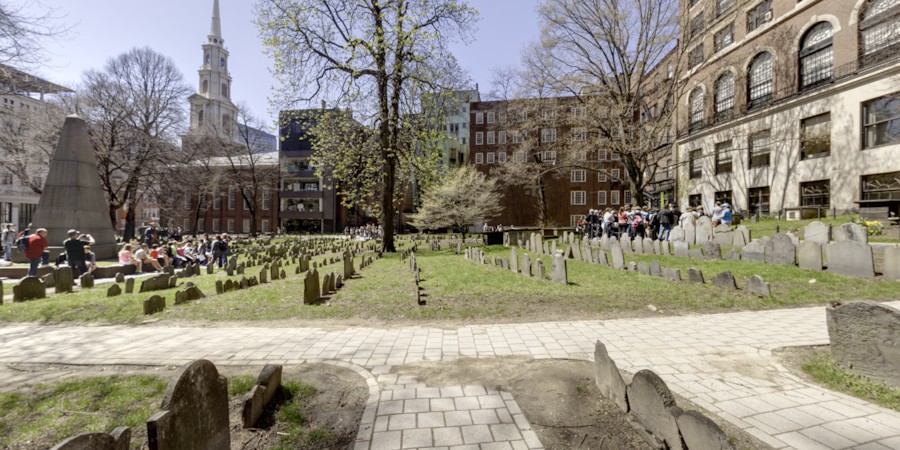