In July of 1994, Laura and I picked up and moved from the San Francisco Bay Area to Madison, Wisconsin. We convinced two friends to fly one-way from the Twin Cities and then help us drive our two cars eastward.

What happened in those thirteen days? Jesus may have had his missing years, but our ramble was fairly well documented in spite of the fact that these were the days before wide use of cell phones, the Internet or digital cameras. We equipped our vehicles (an ‘87 Acura Integra and an ‘87 Toyota pickup truck – both red) with CB radios for communication. (Our CB handles are a closely-guarded secret.) All trip artifacts were generated by analog means: good old film photography and pen-to-paper for words and sketches.

Laura and I had held a garage sale the weekend before the trip began, and we raked in over $400. I dubbed this windfall The Slosh Fund, and we used it for “fancy” meals at brew pubs all along the trip route. (I was big into craft breweries back then. What’s changed…?)

All told, we visited twelve brew pubs in 13 days. We slept six nights in tents, four nights in motel rooms, one night in a friend’s hippie shack and one night in a VW Bus parked in a suburban alley.

There was a point along our journey when reality suffered a severe setback. I think it was in Glacier National Park. I swear from eastern Montana to the Minnesota border I could actually see the curvature of the earth, and I no longer needed a watch to know what time it was. Or maybe I just didn’t care.

Return with us now to those thrilling days of yesteryear, for a look back at our twelve days on the road. Travel with us through time and space (okay, well, through time) in our two CB-connected vehicles, steeped in idle chatter, David Koresh jokes, and essential directions to the nearest brewpub. The pictures are by Pete, Tom, Dale and Laura, with excerpts from Laura’s trip diary and Pete’s sketchbook. Tom’s watercolors, are unfortunately lost to history.

Quote of the day: “An excellent day to finalize real estate deals.”

Our story actually begins on July 1. To celebrate our last night in the Bay Area, we headed down to Mountain View for a Grateful Dead show at the Shoreline Amphitheatre. The weather was perfect, and the show was pretty good too. The Dead opened with “Cold Rain and Snow,” which we took to be a warning about what we’re in for. Strangely, the band played no encore. Hmm.

Back in Albany, we camped in our empty house. Our furniture had left on the big truck earlier in the week. As we were packing up our belongings, the East Bay was rocked by several strong earthquakes. For the sake of our midwestern co-pilots, I was hoping that we’d be jolted awake by a going-away earthquake. Alas, the Hayward Fault remained quiet that night, and we rose to leave the beautiful, peaceful, unforgettable Bay Area for good. This is a bittersweet moment.

We load up the vehicles, test the CB radios, and set forth. We have an easy day today, only traveling as far as Ukiah to spend one last night at our friend JB’s magical home-made hippie shack in the woods. This is a symbolic day. We go over the Bay Bridge to San Francisco and officially leave from the city via the Golden Gate Bridge. We stop at Marin Brewing Company for a last pint of Mt. Tam Pale Ale, the best beer ever made. Then we head north towards JB’s place, stopping for dinner and a symbolic last pint of Red Tail Ale at the Mendocino Brewing Company in Hopland.

It’s a short, harrowing drive to JB’s from Hopland, up a mountain road. (JB’s advice, as always, was “Stay to the keep side.”) We close out our last night in familiar territory on the porch at JB’s with baby owls bobbing in the trees, and a warm summer breeze blowing. Tomorrow the true journey begins, as the four of us travel into uncharted territory.

I remember how tired I was, starting this trip, tired and burned-out by six years in the software biz. I was really ready for a change. Change to what? I didn’t know, and don’t think I cared. It was just time to turn the page.

No matter now. Our day of closure and symbolism has ended. Tomorrow, the adventure begins! 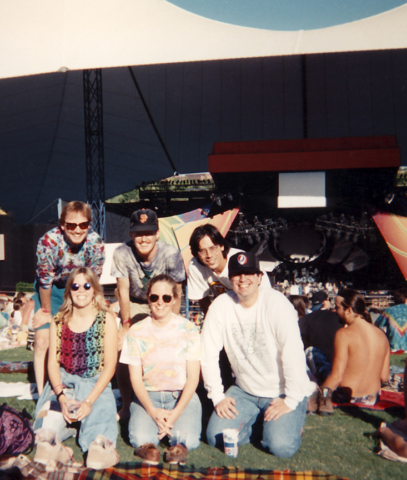 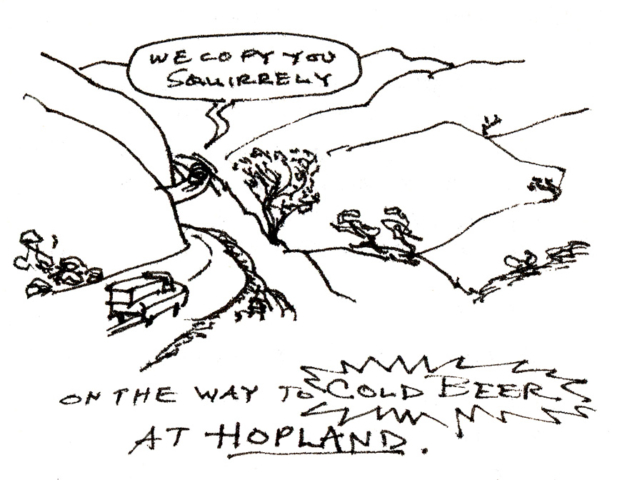 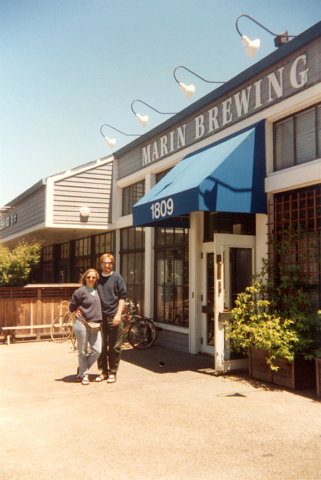 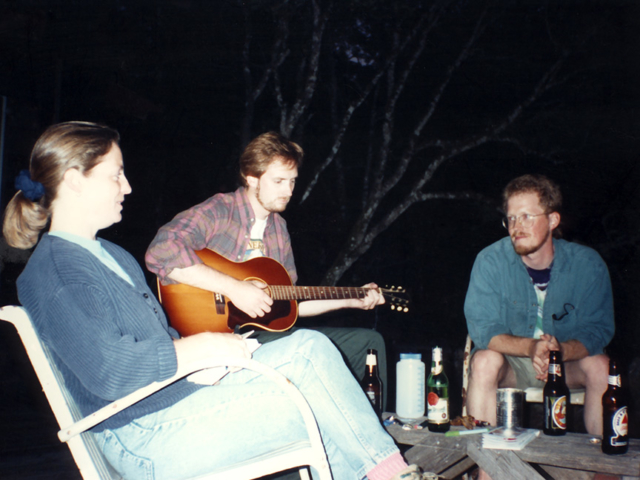 2009 Update: Commemorating the 15th anniversary of our big move (has it really been that long…?), I present this retrospective of the trip. It follows our journey day-by-day, beginning on July 2, 1994, at 805 San Carlos Avenue in Albany, California, and ending on July 14, 1994, as we rolled into the driveway of 2110 Kendall Avenue in Madison, Wisconsin.

2014 Update: This retrospective has made the technology transition from a daily email with some photos attached (2004) to a hard-coded web site (2009) to the present-day magic of a WordPress blog. Follow along day-by-day in July as we make our way across the continent.

Another 2014 Update: Pete sent me some photos of his watercolor paintings from Glacier National Park! After 20 years, they see the light of day. Look for them beginning on Day 7.