This is the strangest pilgrimage we’ve ever made, but it had to be done. The Deep Throat parking garage, clandestine meeting place of Bob Woodward and Mark Felt (aka Deep Throat) during the Watergate investigation, was scheduled for demolition. We had to go stand in that spot.

All through the summer of 1973, I watched the Senate Watergate hearings live from my living room in Rockford, Illinois. I had just finished fourth grade. Though my skull hadn’t finished hardening yet, I was captivated by this public process of investigation, discovery, and the long, slow demise of Richard Milhaus Nixon. As a kid in the Midwest, the goings-on of government in Washington, DC, seemed to occupy some other world. Suddenly, here it was, every day, right in my house. It was my first (and last) reality TV fixation.

We all know how the story ended, but my fascination has never waned. I took my mother to see All the President’s Men for Mother’s Day in 1976. The scenes of Bob Woodward (Robert Redford) and Deep Throat (Hal Holbrook) are some of my favorite in the movie, particularly the last one when Redford/Woodward begins jogging and looking over his shoulder on the way out.

The parking garage used as the backdrop for the movie is not far away in Arlington Virginia. It has been renovated and is no longer recognizable for its outside staircase. But that’s just a movie garage. This is the real garage. It’s the one where Woodward and Felt actually stood and talked about what John Dean called “the cancer on the Presidency.” Being local now, we couldn’t let it be torn down without a pilgrimage. Off we go to downtown Rosslyn, Virginia.

Apparently, not many people go to Rosslyn on Sunday. At least that we could see. The streets were quiet, and our planned destination was deserted. We took some photos of the historic marker on the sidewalk next to the garage, took a deep breath, and walked up the entrance ramp. It was very dramatic and a little creepy being in this place all alone. There are no windows, so you can’t tell if it’s day or night. It could easily have been 3am, and I half expected to see Mark Felt and Bob Woodward lurking behind the pillar at stall 32D.

Yes, we know precisely which parking space they met in. There’s an informal marker on the pillar. We got the gear set up, and I learned I’d made a double rookie mistake:

This was looking like a fool’s errand. I’d have to come back a second time for a pano. Would I? I was beginning to question my Watergate dedication.

Most of the places I shoot panoramas are outdoors. I’m in a parking garage… I don’t have my spare battery, but I do have my battery charger. Is that an outlet in the corner…? Yes it is!

So on this chilly Sunday in January 2017, the two people lurking behind the pillar at stall 32D, talking quietly, were us! We waited about 20 minutes for battery charging, and then got back to business. We did not see another person the entire time we were in the garage. There was one car parked on level D.

So here it is, the Deep Throat Parking Garage, documented in full 360. It’s the least photogenic subject I’ve ever chosen for a panorama, but it has a certain art to it in spite of its brutalesque construction. The makeshift historical marker is attached to the pillar with yellow and black caution tape.

No famous people are immortalized in this shot. There was one with me, but she kept herself behind the lens. 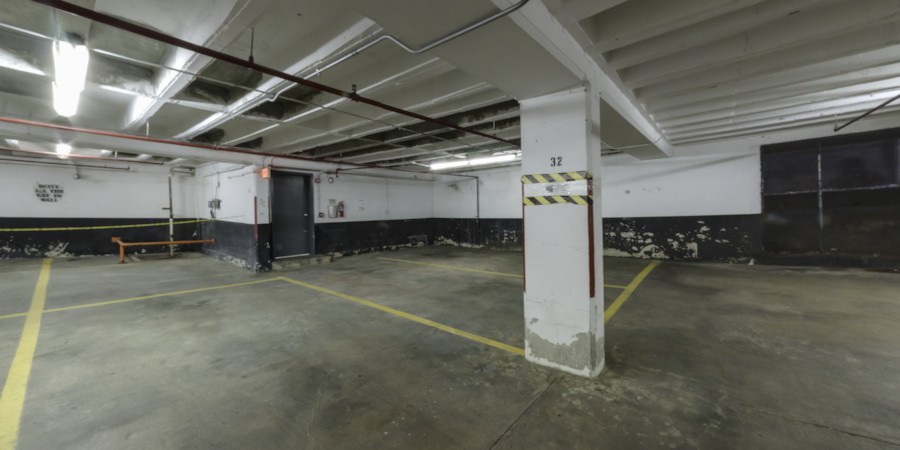 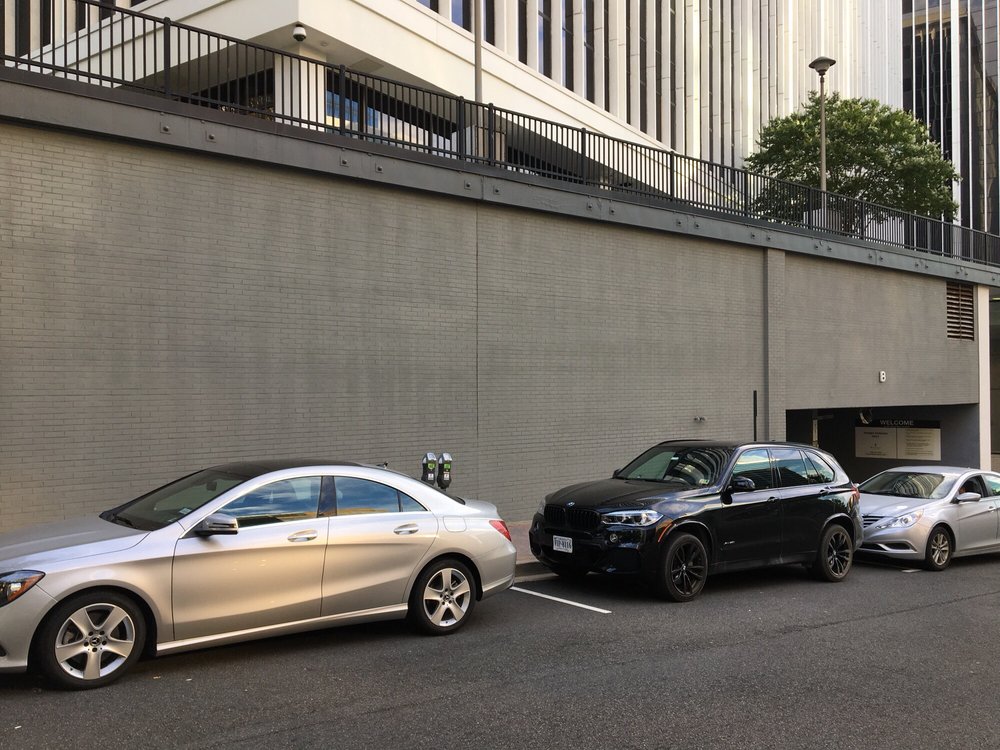 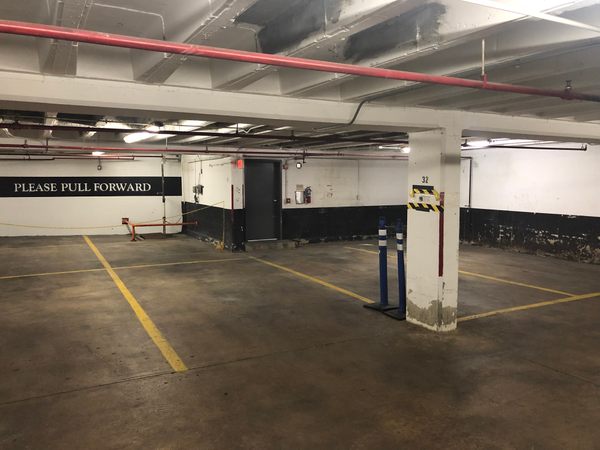