–Laura gets her first look at Crater Lake

Our Rogue River campsite was near perfect. The river is very pretty and the trees are big and shady. I tried to bathe with pans of cold water drawn from the well at the campsite, and it was the coldest water I’d ever thrown on my own body. (Up to this point. I achieved a new personal best a few days later… you’ll have to keep reading.) I think the cold water just frightened the dirt off.

We linger here in the Rogue River National Forest, and Pete goes swimming. This is also a chilly proposition and involves lots of yelling. In my experience, it’s nearly impossible to immerse oneself in cold water without yelling, whooping, hooting like an owl or at least grunting like a silverback gorilla.

We finally pack up and take a short drive to Crater Lake National Park. We had been warned that Crater Lake is bluer than it shows up in photographs, and it’s true. Even though I know the volcanic origins of Crater Lake, and the extinct cone of Wizard Island rising up out of the water, I still can’t help but think there’s some strong magic here.

On the way out of Crater Lake National Park, we go through the Pumice Desert. This is a weird little volcanic desert – a completely different landscape than the lake and the rest of the park. Such an incongruous and obviously volcanic feature, along with Crater Lake itself, make us stop and wonder if the whole place might go up any minute.

From Crater Lake, we cut westward towards the coast. The drive boasts several brew pubs, so we have to be choosy or we’ll never make our destination. Lunch is courtesy of the Slosh Fund at Steelhead Brewery & Caféin Eugene. We follow the Willamette River through some of them most beautiful country we’ve ever seen.

We finally get a glimpse of the Pacific Ocean again at just after 7pm. We’ve been inland since we picked up I-5 above San Francisco. As we near our destination for the night, we realize it’s the 4th of July. In our road-trip state of mind, it just hasn’t occurred to us before now. It is brought to our attention by the intense love for fireworks held by Oregonians.

We grab a campsite at Beverly Beach State Park, which is a place to camp and not much more. We’re all a bit snobbish about state park camping (Beverly Beach is fitted out with the typical trailers, obese families and blaring Coleman lanterns), and besides the hills are alive with the rocket’s red glare. Unlike Francis Scott Key, I was not compelled to write poetry at this site; I was more inclined to run for my life.

I have never seen so many explosions; I feel like we have driven into downtown Beirut. We quickly set up camp and point the car at downtown Newport and the Bay Front Brewery and Public House. Even downtown Newport was exploding. Inside the pub, I realize I’ve left the Slosh Fund in the car. I double back, alone, after dark, with the report of M-80s and bottle rockets all around me. It was unnerving. People in Oregon take their fireworks very seriously.

What a difference between the place we woke up and the place we went to sleep. From the peaceful shore of the Rogue River to the Independence Day frenzy of a scuzzy state park. This is the second time today I’ve felt as though the entire place could go up at any minute. Regrettably, we didn’t get any pictures of downtown Newport being destroyed by fireworks. Or of Beverly Beach State Park under siege. Our iconography was concentrated on the first part of the day’s journey. Probably just as well. 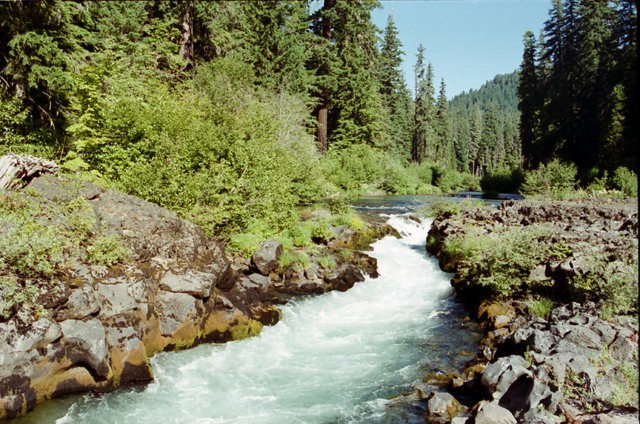 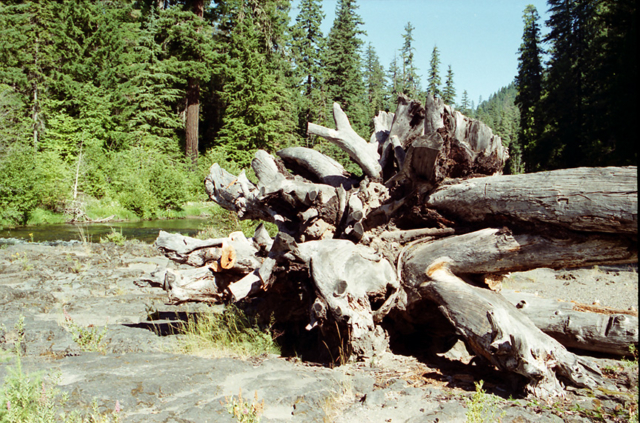 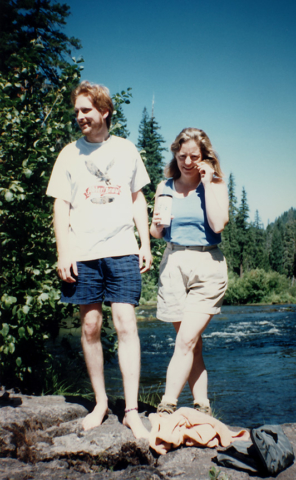 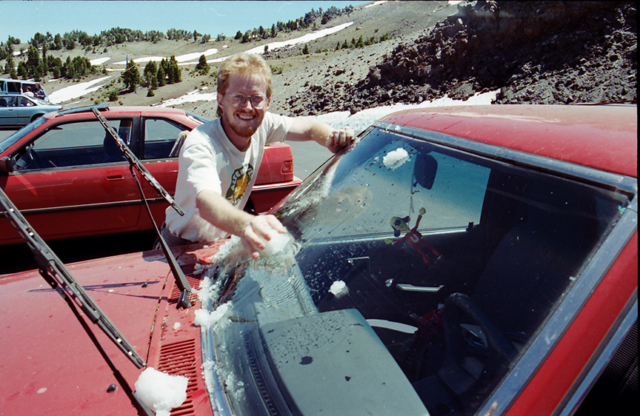 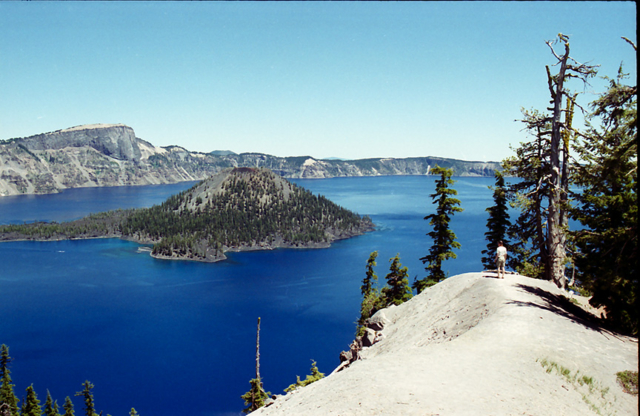 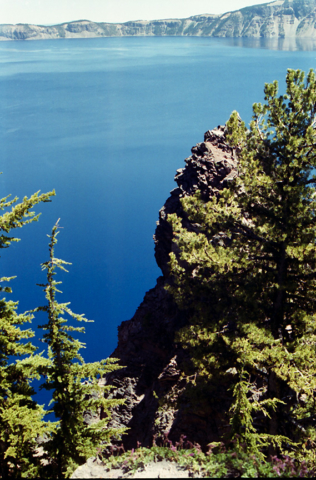 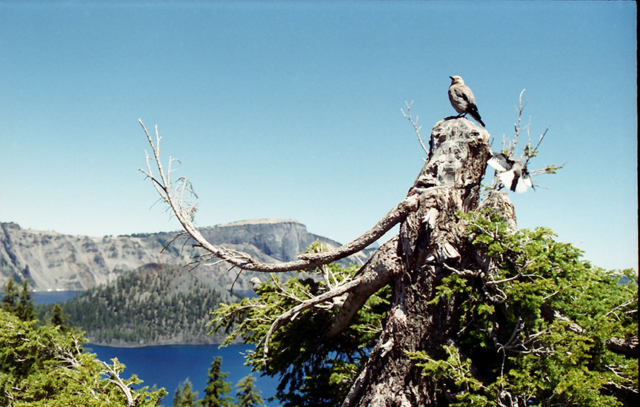 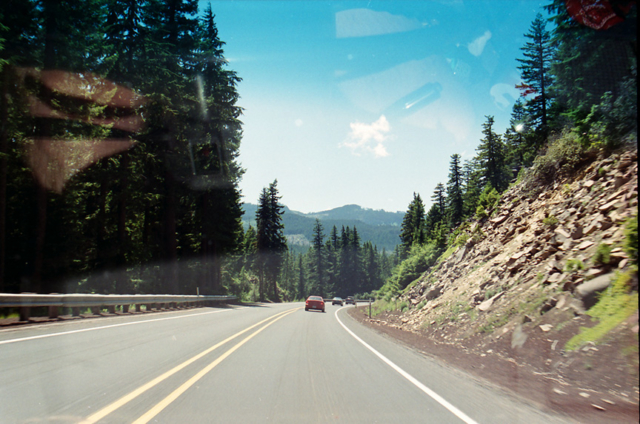