We wake up in our beautiful Chatter Creek campsite, having spent an uneventful evening compared to our last night of camping – the July 4th rocket fest in Oregon. Our big excitement for the night is chasing a mouse out of the back of my truck before he can eat all our groceries.

Today is a long driving day to set up our approach to Glacier National Park. Eastern Washington and Montana are large expanses of this continent, separated by a skinny slice of Idaho. It takes a good, long day to make it to Missoula. Well, there were all those brew pub stops along the way….

We pass through Spokane in the middle of the afternoon. We stretch our legs downtown, where there’s a gigantic Radio Flyer wagon in Riverfront Park. The handle of the wagon is a slide; we all try it. Sadly, I don’t have any photos! I refer you to the Internet for corroboration.

It turns out there are not one but two brew pubs in Spokane. We try them both, starting with the Fort Spokane Brewery and then Birkebeiner Brewing. Sadly, I don’t think either are in operation any more. At the Fort Spokane Brewery, we learn that Will “Smokey” Logg & the Flamethrowers are playing here tonight. They were playing at the Mendocino Brewing Company in Hopland, CA, the day we were there. We laugh at the thought of some regional band following us around the Pacific Northwest in a LogMobile that looks like a WienerMobile except it’s logs. (Yup, it gets pretty squirrely out there on the road. And this is only Day 6, folks.)

We stop for dinner at a brew pub in Coeur d’Alene (tr: “Heart of the Awl”), Idaho. Since it is the worst brew pub I’ve ever been to, and it was fifteen years ago, I will not name it. Bad beer, lousy service and so-so food… which arrives eventually. Oh well, we were crossing the skinny part of the state, so we didn’t have to dwell on it too long.

We spend the night in a motel again. Missoula, that hoppin’ place, is out of bed space except for one motel that has no hot water. We’ve been sleeping on the ground and scaring the dirt off our bodies with freezing water from park-service bathroom sinks for days … so what’s some more cold water? Pete and Laura use the pool – which I dubbed Lake Poolsbury* – to “bathe.” I use the ice bucket to throw freezing water on myself in the bathroom. (As stated earlier, it is impossible not to yell while doing this.) I cannot bring myself to stand under the shower head. I just can’t do it. My “shower” here in the motel is the coldest shower I’ve ever taken. Ever. Ever ever.

Oh well, we have beds for the night and we get the AAA no-hot-water discount. On the downside, a bottle of rum disappears under mysterious circumstances while we are in this motel. Details are sketchy. No one is talking.

* Years earlier, Pete, Pete’s brother Chris, Laura and I had spent a few days at Lake Pillsbury in the Mendocino National Forest. Ah, never mind. I guess you had to be there. 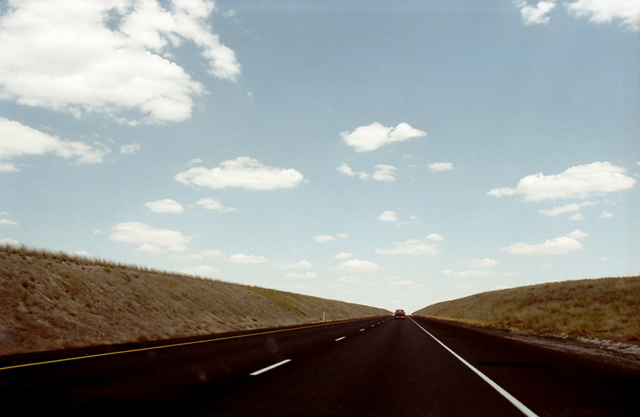 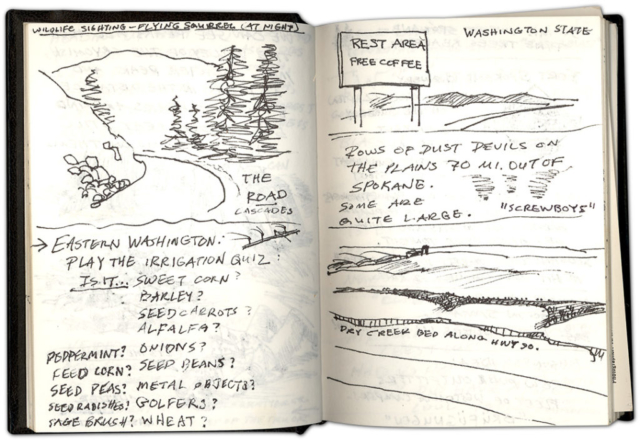 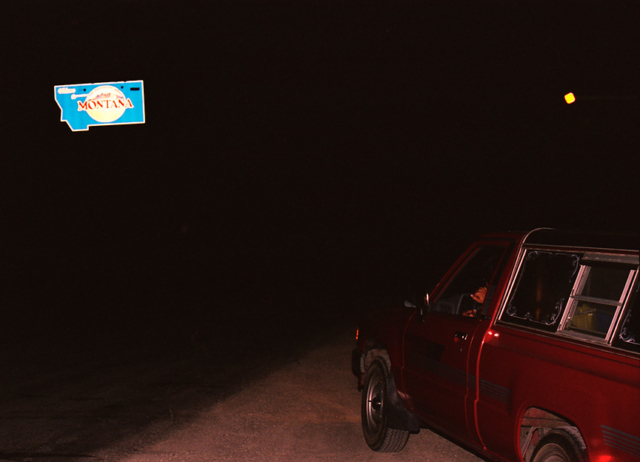 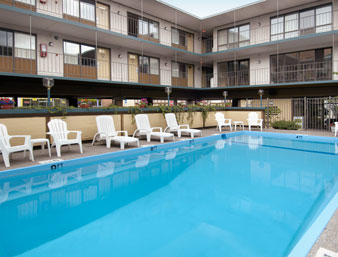